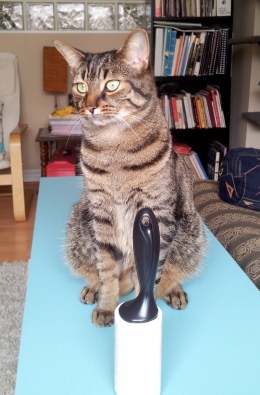 For as long as I remember Virtute and I have been debating the merits of Drake as a Toronto rapper.  I’ve generally fallen on the Drake-hater bandwagon and Virtute proudly wears his Team Drizzy t-shirt to this day.  So I figured I had to at least ask him what he thought about Drake being the Raptors’ “global brand ambassador”.  His answer, as usual, was stunning but enlightening. Wide-eyed, he stated, “Drake must be seen as the quintessential mascot for Toronto. Awkward and aspiring; egotistical but sympathetic; a philosopher without much to say. So it is only fitting that he would be at the centre of forming community across the city in support of a team that was being sent to the pastures mid-season, and ended with a resounding crescendo in the first round of playoffs.”

I wasn’t sure whether or not that was an underhanded dis of Toronto, so I asked for clarification.

Virtute, ever the sage, simply sat and said, “At least Drizzy is a cat person. He showed evidence of that on national television, while Jay-Z was out somewhere eating a fondue plate. Case closed.”