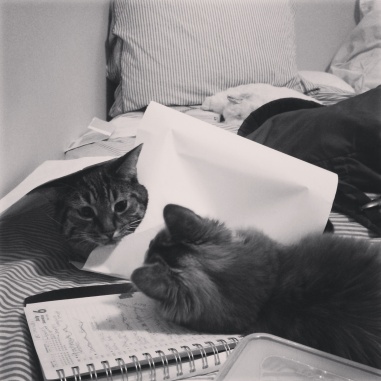 Virtute stretched out in the warm sun. He languished for a moment before running full stop down the hall.  He slammed on the breaks making a quick 180 degree turn as his back feet slid along the vinyl nearly giving out.  It was that time again, the sign of the new year, not the Gregorian/Roman new year or the Lunar/Solar new year, but the new year that mattered most to us: spring training. Filled with hope and excitement, we spent the afternoon getting our creaky frozen muscles loose and chatting about the season ahead.

Virtute knows I’m an enthusiast of advanced baseball stats, what some people call sabermetrics, and he was asking me how some of the stats were calculated when he stopped me mid-sentence. “Why is the most important number in baseball 9?” he asked pointedly.  I hadn’t ever thought about it. It’s true that there are 9 innings, 9 players on the field, 9 hitters in a lineup. A perfect inning is 9 straight strikes. But I couldn’t explain how the old Knickerbocker teams settled on these numbers when they were formalizing the rules of the modern game.  I told Virtute, I simply didn’t know. “I have a theory,” he responded, clever as always. So I asked him to let me hear it.  “Well, it’s kinda out of left field,” he began, proud of his baseball pun.  “You see, cats consider the number 9 to be very important, we have 9 lives after all.  In Chinese culture 9 is a homonym for the word longlasting – and well that’s definitely true of baseball. But most of all, nine aligns baseball with the planets – the nine planet’s of our solar system.”

I interrupted Virtute to remind him that since Pluto was disqualified, the number of planets was technically 8.  Angry, he spun around and blurted, “Don’t you ever say that again, unless you want to play baseball without a rightfielder! Can you imagine the imbalance that would create? It is the first composite lucky number. It is a beautiful number that signifies balance in the heavens and on earth. It is a number the symbolizes perfect balance, just like the game of baseball.  Don’t believe me? Try multiplying any number by 9, then add the resulting digits and reduce them to a single digit, it always becomes a 9.”

One thought on “Episode Thirty Six: 9”